By way of an introduction

Look around the world of computer applications today, and notice how many applications now tend towards 3D. This is especially true in games (3D games pretty much dominate the market), but is also becoming apparent in other areas [Citation needed!]

My own view, and I'm not alone is this, is that interacting with other people through 3D is going to become the norm over the next few years, and eventually might become as significant a part of the internet landscape as the world-wide web is today.

There are already a suprising number of virtual worlds out there. Second Life is probably the most well-known one, but not only is it not alone, it wasn't even the first. Second Life's significant contribution was to create a system which allowed it's users to actually build their own creations in the world. 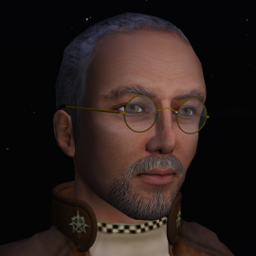 I've been a resident (that's what they call us) in Second Life since 2004, under the name Erich Templar. If you're a resident there, look me up. I also have an account, under the same name, in Inworldz, one of the more promising of the Second Life clones.

I run a small store, Templar Creations, making and selling textures for builders in Second Life, and I have a separate blog for that.